Jazz and Inner Work? Trade One Old Tune for A New One 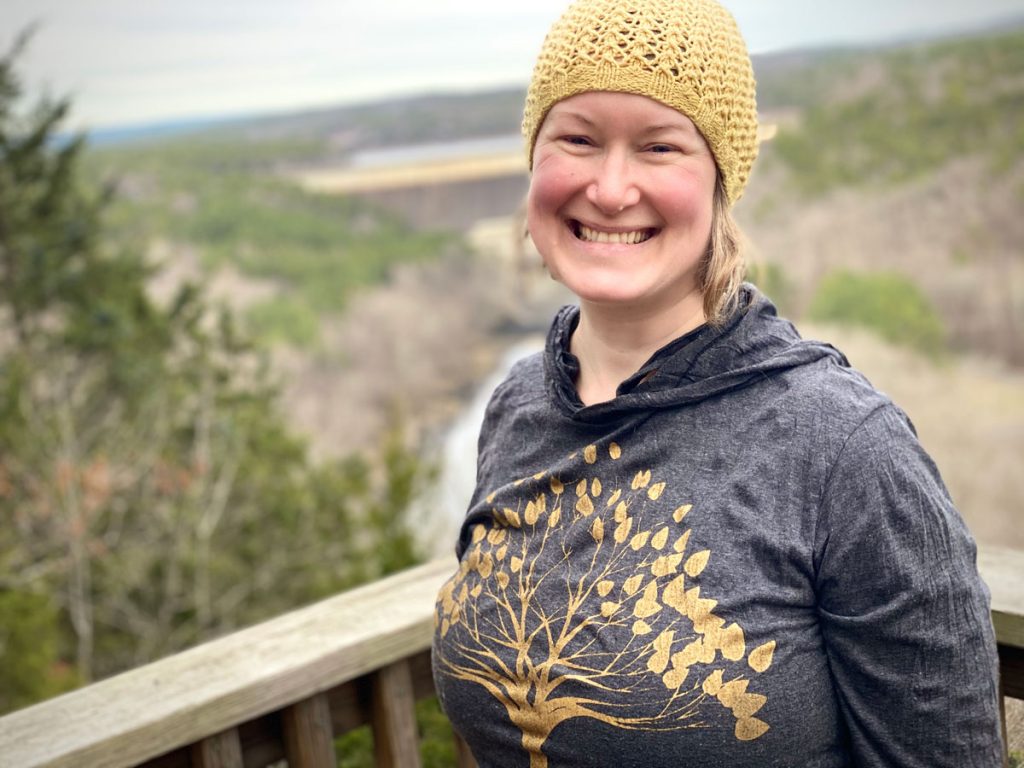 It’s a great pleasure to be writing this blog post. I’m excited to be connecting with Yoga North’s community this way.

My name is Jessica Trimmer Davis and I’m helping out with some social media engagement while in the 14th cohort of Yoga North ISYI’s 500 hour Teacher Training program!

October marked our first month together in this training. On the surface, the learnings of the first intensive weekend and our first month as a whole have been about somatics and the work of Thomas Hana. Along with that, though, a fine thread of the yamas and niyamas has been woven into everything that was said and done and taught. Particularly the first two yamas, ahimsa and satya.

(For those unfamiliar with these words, the yamas and niyamas are the ethical practices in Yoga with a capital Y- Yoga as a way of living. Ahimsa is nonviolence, and satya is truthfulness.)

While we were learning about how to move our bodies in skillful healing ways, we were also learning more deeply how to live peacefully and honestly with ourselves and our world.

In October we had a Zoom session as a cohort dedicated to discussing these first two yamas. We explored with some depth how ahimsa (nonviolence) and satya (truthfulness) balance each other and fill each other out. It’s almost like a dance they do together, or a dance that we do with each of them.

This morning I felt so utterly alone. Just so deeply sad. I was fully aware of a presence of fear.

I came back into my yoga/office space and practiced yoga nidra.

Then I went outside and sat under the clear blue sky and brilliant November sun.

And I just sat.

I simply let myself BE.

I added the exclamation point, but I think it fits. Because when I’m in DOING mode, I’m ALL IN. And it’s usually because I’m trying to stuff something down or avoid a pesky thought or feeling or sense of obligation or some other way in which I’m failing.

Maybe you know that tune as well.

It’s one that gets stuck in my head often. When I’m going and going, doing and doing, focused on my ever growing list of things I’m behind on- that is a means of violence toward myself.

We were invited to try a different song, though: “Do, Be, Do, Be, Do, Be, Do.” (I hope you can imagine my winking face and half smile to pass the hint that these aren’t actually “songs” like we may think of a song, but maybe more like our rhythms of living.)

It’s easy to slip into the rhythm of GO, GO, GO… DO, DO, DO… and before I know it, I’m maxed out and exhausted. I feel broken and I start to wonder what’s wrong with me.

When I’ve got the “Do, DO, do, Do” song stuck in my head, I get so drawn in by it, it’s almost like at some point I lift my head up and say, “where is everybody??” And it’s not that anyone actually left me, but when I’m in “Do” mode, I become disconnected. Then I start to feel so alone and so sad. Even fearful and overwhelmed.

During our yamas discussion, several people felt brave enough to share some of their deeper challenges and how they see the yamas supporting them in their self-awareness and self-compassion. And then I think there was a collective “whoa” from some of the rest of the group listening, like- “I would have never known that about you.” Or, “I would have never thought that about you!

How easy it is for us to see ourselves as broken! Like something is missing. Some how we are just not cutting it. Not good enough. But from the perspective of others- we are precious! We are unique! We are lovely! We are brave! 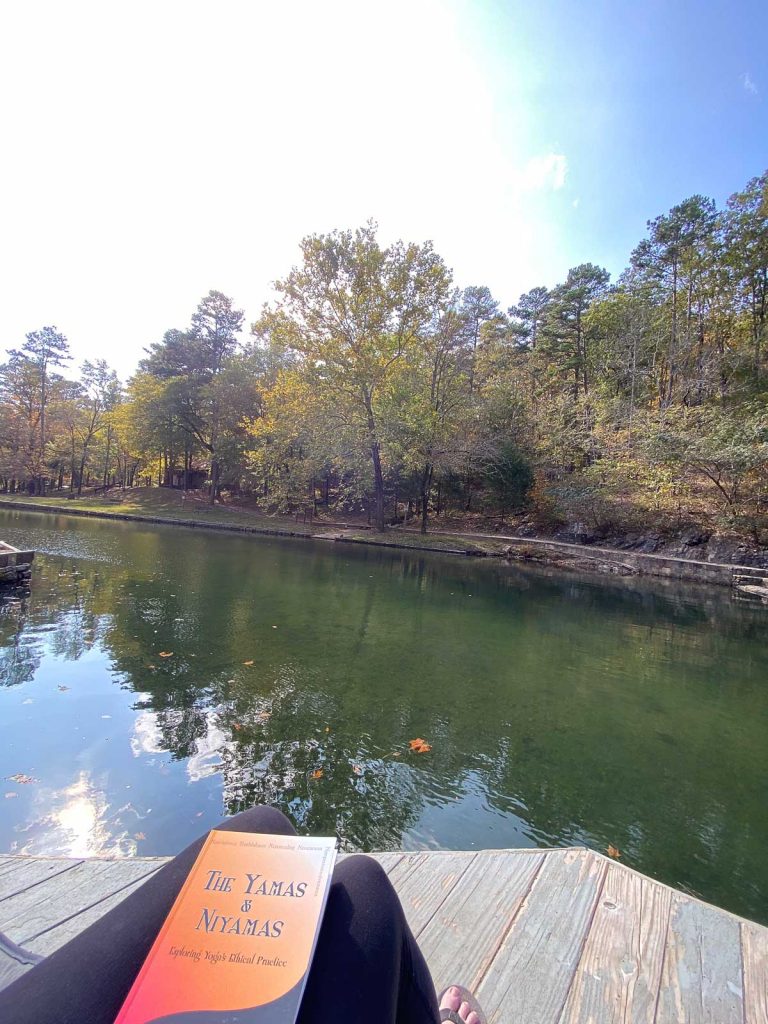 Permission To Simply Be

Now, I have got a genuine To Do list that can feel terrifyingly long. But as I just sat on the edge of the patio today I asked myself, “What if I gave myself permission to just BE?”

What if I gave myself permission to just BE for one hour?

For one WHOLE DAY?!?! Wow. That feels amazing.

I am a philosopher at heart which means that I LOVE asking questions. So once I started in with the “What if I gave myself permission to just BE” question, several others followed.

“What if nothing really is wrong with me?”

“What if the fear I experience is actually a gift that I am entrusted to carry?”

As I was sitting there, Elizabeth Gilbert’s book came to mind: Big Magic. In it she talks about how she deals with her fear. She has befriended her fear; created plenty of space for it to just be. Heck, she’s even invited it to join her on her life’s “road trip.” (It’s another lovely book if you haven’t read it yet.)

So what if my fear (or whatever part of me I think is broken) is actually an aspect of my COMPLETENESS.

The gift today gave me is a truer sense that my fear is a welcome part of my whole being. I’m reminded that when I feel scared or alone, I can use that as a signal to check in with myself and how I’m using my time and energy. I can use it as an invitation to simply be.