On being content: reflections on weekend one of Teacher Training 200 by Carly Puch 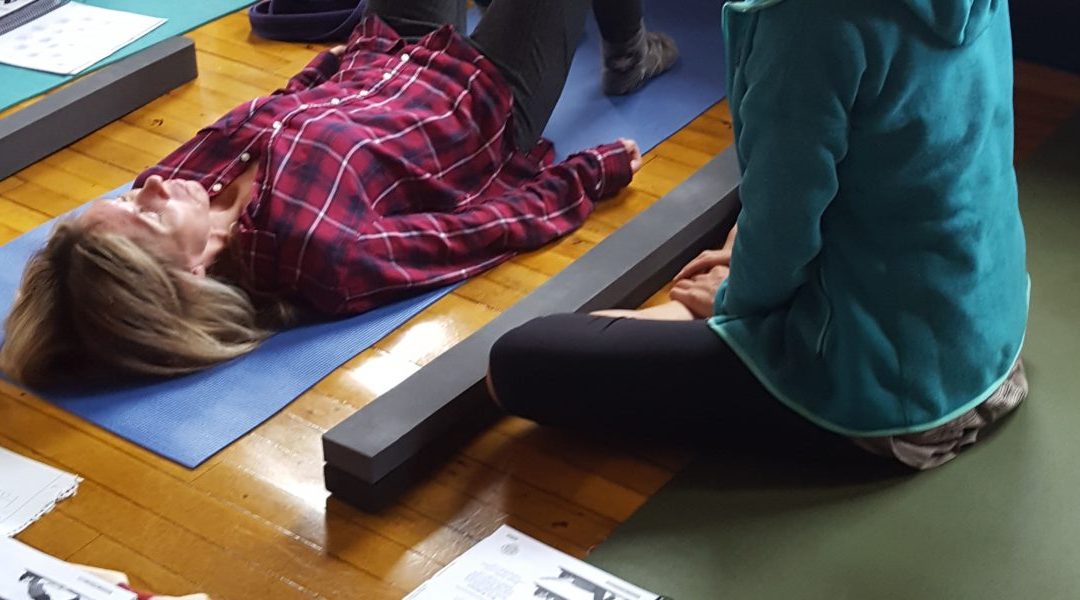 The first weekend of the 200 hour Yoga Teacher Training has already proved to be better for me than I ever imagined. Due to my own experience within yoga, what I had been taught, and personally read I felt I had a firm understanding in the idea of Yoga as more than just the Asana limb of practice, in other words more than twisting yourself into a pretzel like the cover of a magazine. This understanding was expanded upon in so many ways by the teachings of Soma Yoga.

On the first day of training, we were asked a seemingly basic question: what is Yoga? We all took a minute to write down something and proceeded to share our thoughts. There was no one answer as they varied; movement, awareness, connection, union, breath. But we all spoke to a similar idea of connection and union – the ancient root word of yoga is yuj which means union, making it even more beautiful that all of us spoke to this idea in one way or another…

A concept that kept coming up in my reflections was the idea of being content- a concept I wholeheartedly admit I need to work on in my personal life and my yoga practice. Contentment or “Santosha” in Sanskrit is one of the yogi Niyamas, in other words, ways to live life. Ugh upon hearing the idea of being content I immediately bristled up, that goes against my idea that I always have to be striving for more. Our society has taught us that being content is settling. But there are huge differences in these ideas that I’m only beginning to understand.

Being worried about the next pose or the next phase of life I can’t enjoy the moment I’m in and what a shame that would be.

Upon graduating from my master’s program this past May I had the feeling of doubt in myself as I had not secured a job. I complained to my friend Liv for feeling like I should be traveling all summer or starting a yoga certification program like I dreamed, and not just heading back to my hometown.

But that time led me to this yoga training and actually I’m writing this from the Miami airport, about to embark upon a trip to Colombia. Before we left I was telling Liv how stressed I was about simultaneously getting packed and making sure I had time to read for yoga. She told me to remember that conversation we had at the beginning of the summer when all I wanted to be doing was yoga and travel. And now here I am privileged enough to be doing both. She reminded me not to forget that.

Being content has been about not moving too fast, not being so worried about the next thing that I miss what’s right in front me. This concept has started to materialize in my everyday life and now I need to couple it with my practice on the mat.

Physically learning about “small” movements and alignments were big game changers for understanding my body in a different way. Instead of trying to push into what I was seeing other people do I truly focused on my body and how it felt. For example, we spent a good amount of time just trying to feel our pelvic bowl move and how it related to our spinal alignment, something I had never done in such detail. But after doing it I can’t help but pay attention to this feeling on and off the mat. Similarly, we spent a lot of time properly doing forward folds, and again instead of how it looked we paid attention to our spines.

This is only a touch of what the first weekend brought me and I am so excited to continue forward, not only for my own understanding but to be able to someday share this knowledge and passion with others.